My oldest son Garret is almost a teenager. (How is that possible?) He’s a great kid that likes to pick on his little siblings, be outside, and enjoys reading a good book. He’s funny and smart and I think he’s a handsome kid. But someday he’s going to be the hero in some girl’s story and here are a few examples of why.

1. When our son Titus was sick and we were figuring out who could be a match for him when/if he needs a bone marrow transplant, we had all the kids’ blood taken and tested. Garret passed out having his taken (it was sad and adorable). One day he asked me all about the process of donating if he matched Titus. I gave him honest answers. Before long he was sitting on the floor taking deep breaths because he was afraid he’d pass out again just thinking about needles and pain. I told him we wouldn’t make him do it. He walked away then and came back to me a few minutes later and said, “I prayed about it Mom. If I match, I’ll do it for him.” A hero faces his fears for the sake of others.

2. Yesterday, while out at the beach, the kids were all taking turns splashing around on floaties. Adele drifted further out than we wanted, but not too far and she had a life jacket on. But then a boat started coming and we knew there would be big waves. We called her back but she panicked. Garret, without being told, went for her. It was about the sweetest thing seeing his concern for the sister he is usually teasing. A hero looks out for those around him.

3. Walter is a stinker (an adorable, lovable stinker) and there are some nights he wants Garret to put him to bed and usually Garret just smiles and puts up with the little rascal’s mischief. Before Walter was potty trained Garret didn’t mind changing an occasional diaper. A good hero can handle a bandit or a feisty baby!

4. Garret often comes to me and says, “I’ve been thinking…” and then we start having a conversation about who knows what. A good hero has a good head on his shoulder.

5. A patch of our grass is soggy and green — not typical summer grass that’s dry and yellow. We knew we had a leaky pipe. Tyler’s shoulder is having issues so we turned to Garret! A hero can handle the messy jobs.

Those are a mere five reasons this kid’s a hero! There are many more. Back to girls, he’s far too young right now but I can tell he’s destined for big things.

How do you write a hero? You start by drawing on the strengths of the heroes around you. And I am lucky enough to be surrounded by many!!!

***Disclaimer: I’ll blog about my other little heroes someday. They are all equally heroic in their own ways! 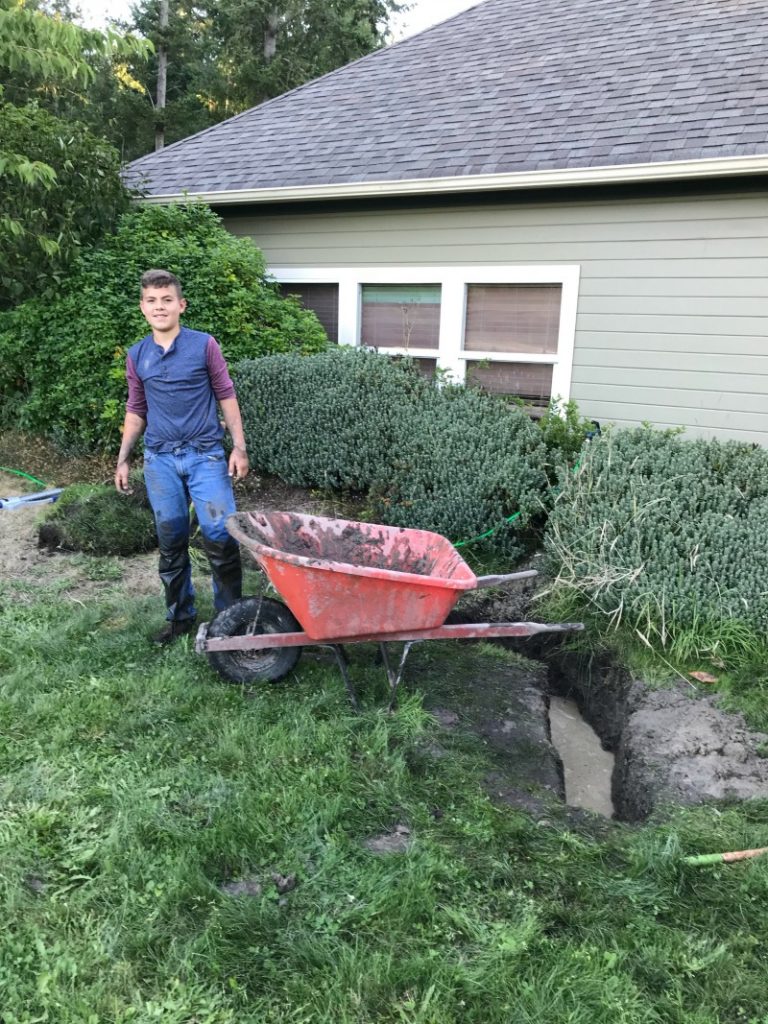 4 thoughts on “One of My Everyday Heroes”